Adderstone Group is pleased to announce that North East radio giant, Metro Radio, is moving its new studios to our Grade II listed Gainsborough House on Grey Street in the heart of Newcastle. 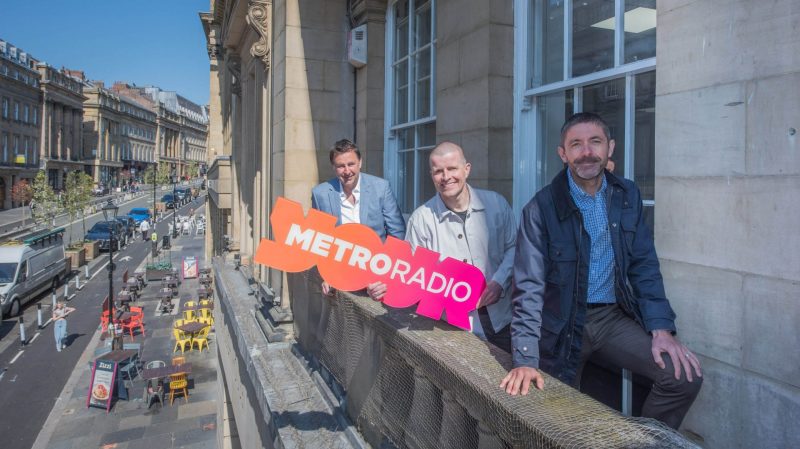 Metro Radio, established in 1974, is owned and operated by Bauer Radio as part of the Hits Radio network. The project will see the new state-of-the-art studios host the likes of Steve and Karen’s acclaimed weekday Breakfast Show direct from Newcastle’s most famous street.

Metro Radio Station Director, Dom Munnelly, said: “We’re so pleased to be moving the station to one of the most iconic streets in the UK. We pride ourselves on reflecting North East life in our output, so to be based in the heart of Newcastle city centre on such a vibrant street is a huge positive for us. Our fit-out plans include two new broadcast studios and a really contemporary, flexible office space designed to reflect the creative focus within our business.”

Ian Baggett, CEO Founder of Adderstone Group said: “Like everyone else in the North East, I grew up listening to Metro Radio. Who knows, maybe the life lessons from Alan Robson contributed in some way to what I hope will be a long-term partnership between Adderstone Group and one of the North East’s most legendary brands.”