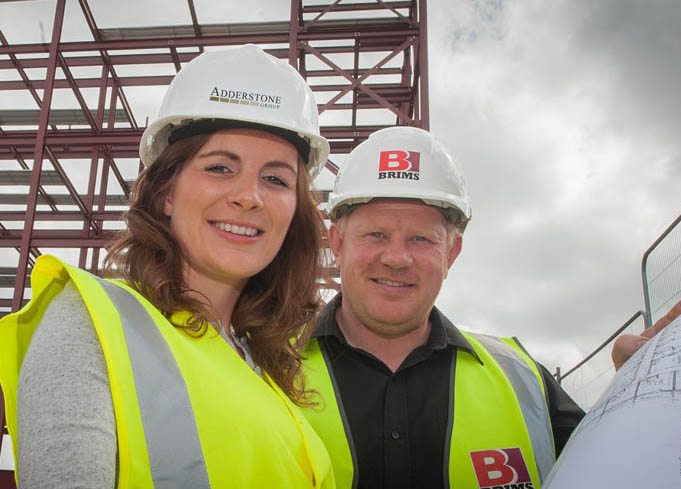 Adderstone Group has begun work on a £17 million pound student apartment development in Upper Ouseburn, Newcastle which will create more than 200 construction jobs and accommodation for over 200 students.

The Group, is heading up the project, which will result in a 228-bed apartment block on Stoddart Street in Upper Ouseburn, Newcastle upon Tyne. The development will be called ‘Union Square’.

Works are underway and steel framework is now being laid on site at the development which will be completed by July 2014 and which will welcome its first influx of student residents in September 2014.

On completion the 68,168 sq. ft. project will comprise one of the highest specification builds of student accommodation in the city built across an eight floor development. The build includes 146 studios with kitchenette, popular with post-graduate and international students, and 15 flats with central kitchen and spacious communal lounge areas, each accommodating between three and six people. There will also be car parking facilities, storage space for bicycles, high quality broadband and Wi-Fi connectivity and a focus on security. A show flat for the development will be available for viewings in the Autumn.

The finished building will be u-shaped and will include a central courtyard acting as a feature area providing communal space for residents to relax and spend time outdoors.

Local construction giant Brims has been brought in by Adderstone Group to build the block. Adderstone Group originally bought the land which was in the past owned by South Shields Railway Company, from land-owner David Marks in 2008.

Adderstone Development Surveyor Rachel McNutt is managing the project and said: “The scheme will ensure a great boost for North East economy and it will help to provide very welcome high-quality, purpose-built accommodation for the city’s expanding student population.

Mick Morpeth, Brims Project Manager said: “We are delighted to be partnering with Adderstone Group on this project. The scheme will result in the creation of 200 jobs during construction and up to 100 spin off jobs throughout the project.”