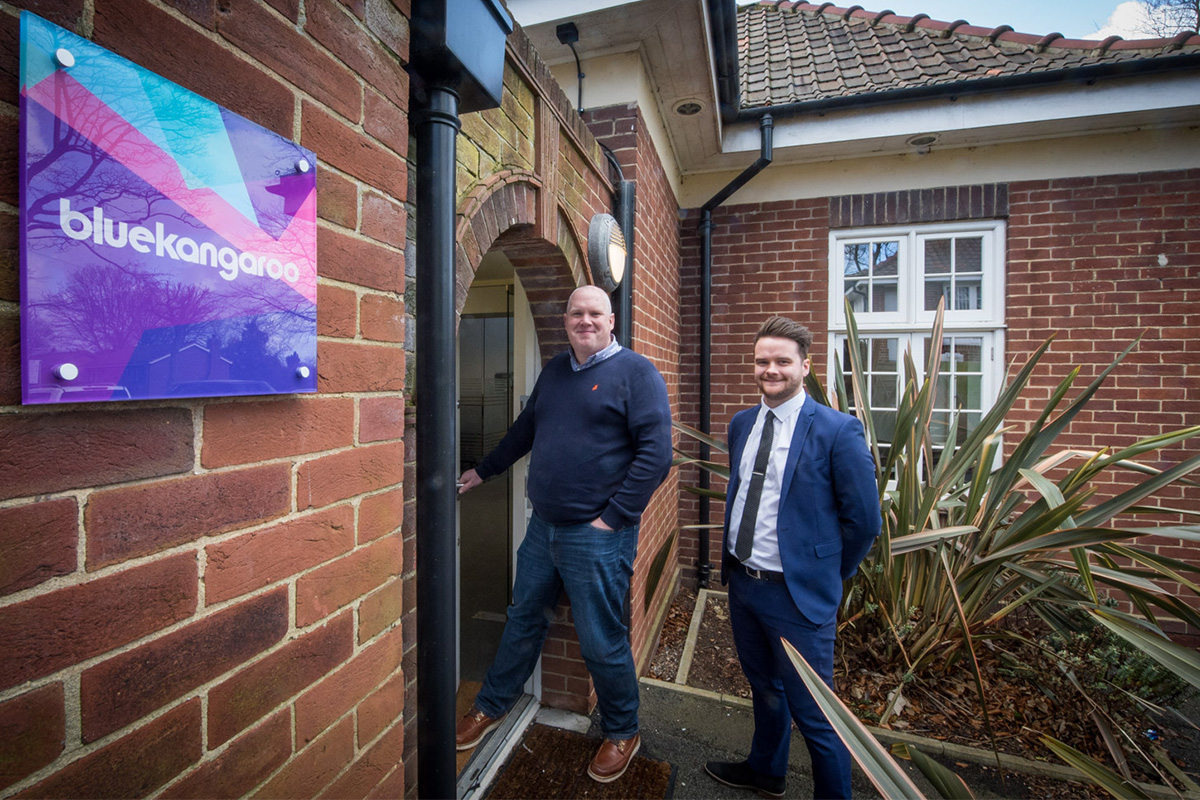 North East creative agency Blue Kangaroo has moved into Saltwell Business Park in Gateshead, as it eyes further growth in 2018.

The company, whose impressive international client list include the likes of The Walt Disney Company, Universal Studios and Paramount Pictures, has moved into office space at Adderstone Group’s Saltwell Business Park in Gateshead.

The twelve strong Blue Kangaroo team has taken up a 1524 sq. ft. unit at Saltwell Business Park, close to Durham Road, after Adderstone Group carried out a tailored programme of investment and redevelopment in the office suite, including reconfiguration of the office space to meet the needs of the established creative agency.

The company, which helps to create some of the most recognisable characters in TV and film on to licensed products including packaging and retail materials, have signed up to a five year lease at the new office as they proceed with ambitious growth plans.

Jason Knights, Managing Director of Blue Kangaroo, said: “We’ve been in the licencing industry for over 11 years now and work with some big-name brands in the UK from Peppa Pig to BBC Worldwide as well as exporting considerably to India, Europe and Australia.

“Despite exporting over 80% of our work we are incredibly passionate about the North East and this move feels like the right one for us. We are delighted with the new office space and the potential for the business to continue to grow from here.

“We heard about Saltwell Business Park through the Entrepreneurs’ Forum and, as we are always keen to bang the drum for North East business it seems fitting that we’re able to partner with Adderstone Group, a company with its roots cemented in the North East, as our landlord.”

Charlie Harkness, Commercial Estates Surveyor at Adderstone Group said: “Saltwell Business Park is thriving at the moment and we’re thrilled that Blue Kangaroo have been able to be a part of that.

“As a Grade II listed former school, the Park really has a unique feel and is unlike anything else in and around the city. Our occupiers include James Christopher Consulting, Kids 1st Nursery, CS Accounting and the Eve Trew School of Dance so there is a great core of occupiers enjoying the location and the local amenities.

“This letting illustrates continued high demand for this location and, with 12,400 sq. ft. of development space available at the Park, we’re keen to chat to other businesses that would be interested in basing their operations from here in the future, providing high quality office space and facilities for staff.”