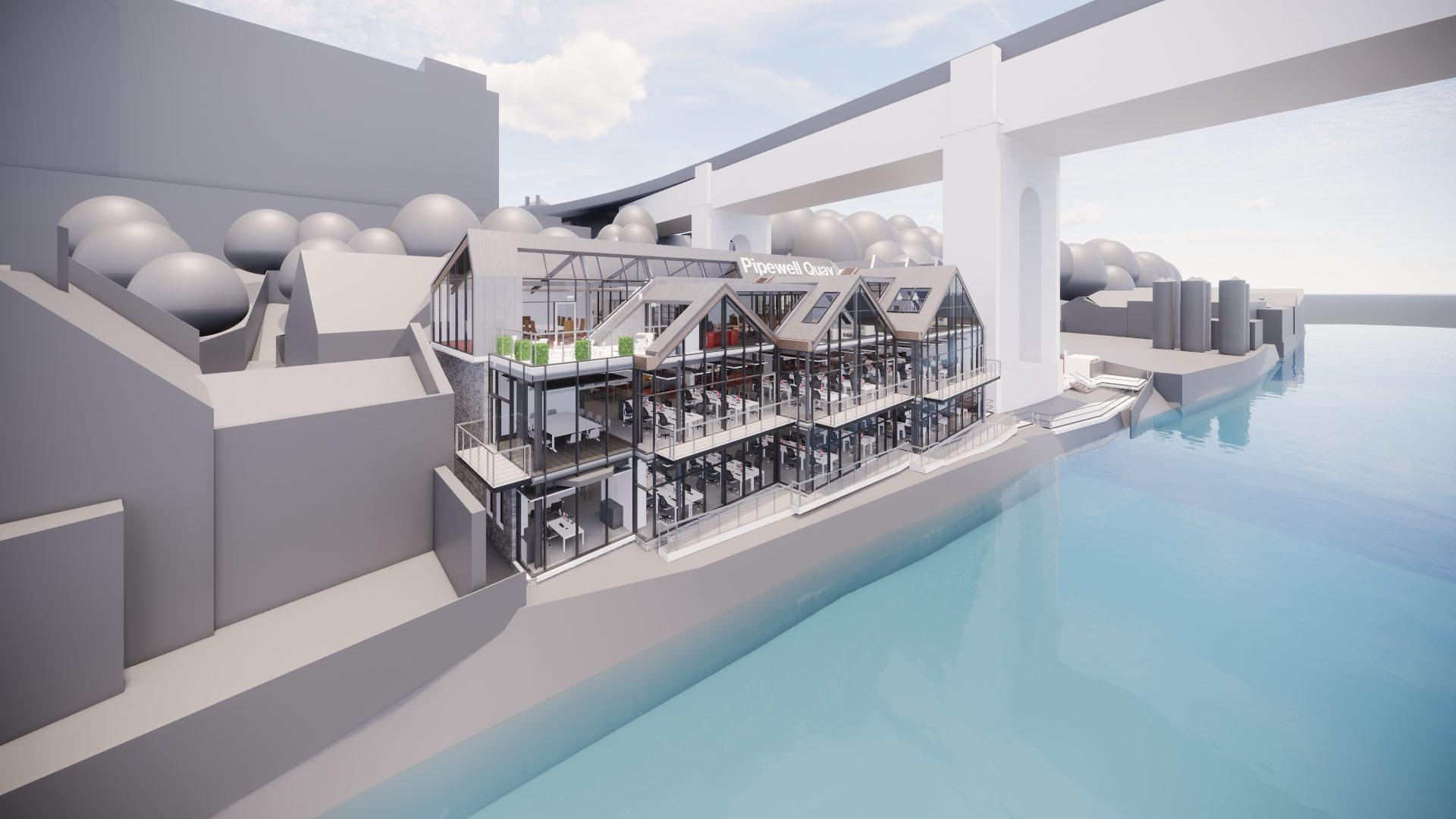 Adderstone Group is pleased to announce that North East tech giant Aspire Technology Solutions will be basing its new headquarters at the 30,000 sq. ft, Pipewell Quay office development, located on the site of the iconic former Baja Beach Club on Gateshead Quays.

Aspire, who are one of the fastest-growing IT companies in the UK have signed up to a 12-year lease. The company which is growing amid the challenges of the coronavirus pandemic were recently named as North East Company of the Year at the North East Business Awards. Aspire scooped the top prize at the grand final which was held virtually for the first time on Thursday 24 September.

The business was launched 14 years ago by Chris Fraser and Nigel Begg and now employs more than 150 people. Aspire moved to their current Heworth Hall, Gateshead HQ in 2010 and have since invested over £1m to restore and modernise the Grade-II listed building. With further expansion plans, their move to Pipewell Quay will see the company occupying the entire 30,000 sq. ft, Grade A office space which will have a full glazed facade giving spectacular views directly across the River Tyne.

The Baja Beach Club opened in 1999 and closed its doors in 2008, the premises have remained derelict for more than a decade ever since. Currently underway, the new Pipewell Quay office development looks set to help catalyse further regeneration in the locality. 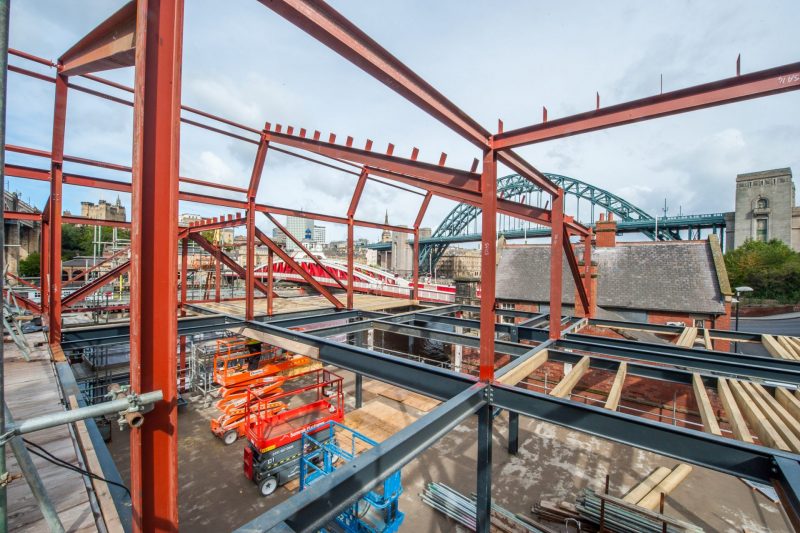 Pipewell Quay, located in the shadows of the Tyne Bridge, is set to open in Spring 2021.

Pipewell Quay, set to open in Spring 2021, has been designed by award-winning Newcastle based architects, Ryder. It has undergone significant redevelopment since it operated as the Baja Beach Club. The development is set across three floors and incorporates state of the art office space based on bespoke designs with break out zones and expansive terraces onto the river. 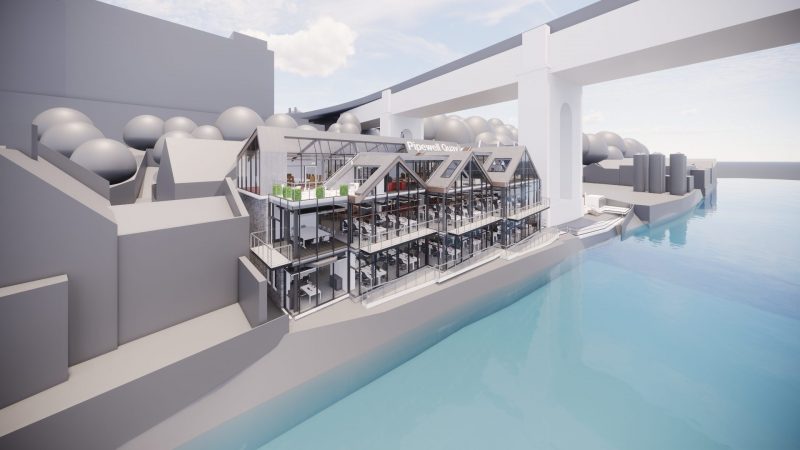 Visual of the Pipewell Quay office scheme being constructed on the banks of the River Tyne.

The new office will enable Aspire to remain in Gateshead, whilst expanding its nationwide operations and increasing its local 150-strong workforce in the process. The company have set ambitious plans for improving digital innovation across the North East region and have recently invested £2.5m in the local infrastructure to launch their own full fibre North East network. Known as Ultrafast Dedicated Connectivity (UDC), Aspire offer internet connections of up to a phenomenal 100 gigabit per second (Gb/s). 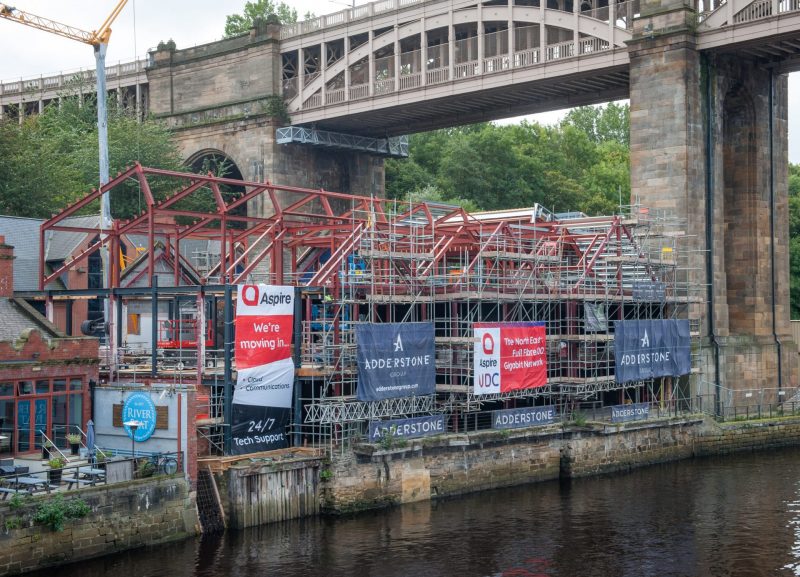 The framework for the Pipewell Quay development is now visible.

Chris Fraser, managing director at Aspire said, “To support our continued growth plans, we wanted a new iconic HQ and the best possible working environment for our people. Pipewell Quay was top of our list. We have ambitious plans to improve the connectivity and cloud performance available to North East businesses. Our full fibre network is a game changer which delivers more than just speed. Our dedicated connections will allow businesses to take a huge step forward in their communication and cloud capabilities, offering a dependable platform for business growth both inside and outside of the region. Our new office based in the heart of the region will be perfectly geared to help us deliver our plans, the entire team is really fired up about the move.”

Pipewell Quay will contribute to the continuing redevelopment of Gateshead Quayside, linking this part of the river with other key developments including the Sage Gateshead, BALTIC and the new Gateshead Arena which is set to be delivered in 2023.

Councillor Martin Gannon, Leader of Gateshead Council, said: “With this brave speculative project, Adderstone Group has proven demand for quality Grade A office space in Gateshead. The fact that Pipewell Quay will enable Aspire to remain in the borough, continue its spectacular growth and invest in the North East’s connectivity infrastructure is an added bonus.”

Adderstone Group CEO, Ian Baggett said: “It’s great that Chris and his team share our vision for collaboration and innovation. They are the perfect tenant for what will be one of the coolest office developments in the region.”