In with a Shout 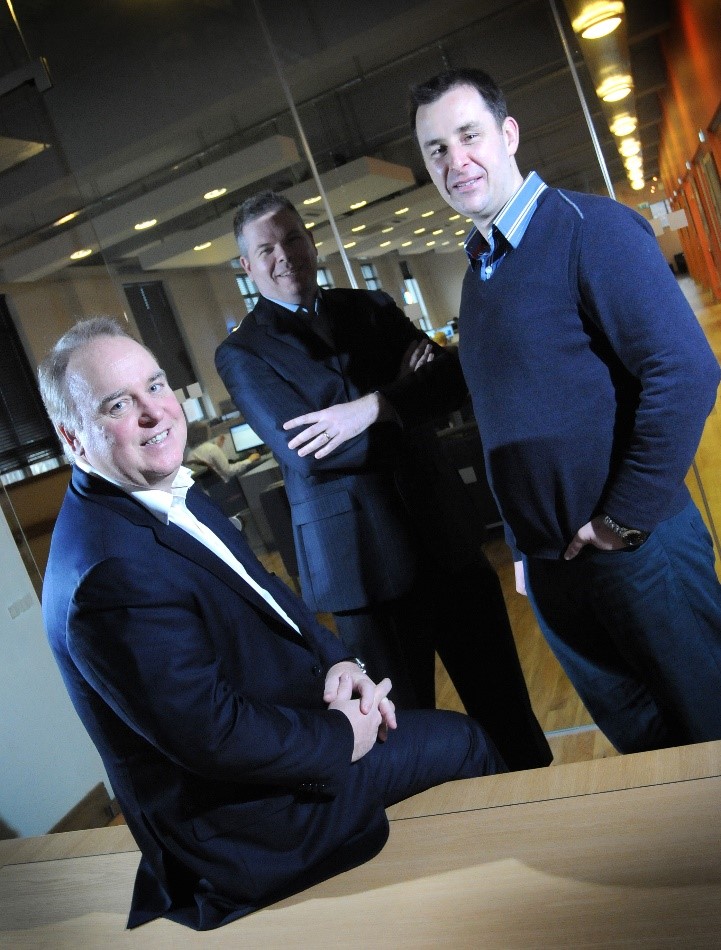 BETWEEN them they have given the world comparison websites, the chip and pin system and developed numerous North East properties. And now the three prominent figures have joined forces to create a new digital business in their native North East.

Inventor and entrepreneur Gary Hosmer – the Newcastle resident who was a founding father of comparison websites over a decade ago – is spearheading the launch of a new digital empire on Tyneside.

Mr Hosmer has teamed up with Ian Baggett, former North East Entrepreneur of the Year and founder of Newcastle-based property development and investment giant Adderstone Group to set up Shout.

The new company, headquartered in Gosforth, was also jointly founded by experienced IT developer Gary Boon, who built the software behind the chip and pin payment system, which is now used all over the globe.

The trio’s new digital agency will tap into the growing demand for mobile applications, such as those used on the iPhone, as well as developing websites for clients and investigating the increasing possibilities of cloud computing.

The firm is already working with a number of unnamed clients and expects to release its first application for the iPhone by the end of the year. Mr Boon, who is described by Mr Hosmer as one of the most experienced digital professionals in the UK, was formerly technical director at fast-growing North East technology firm Th_nk.

He said: “Mobile applications are a huge growth area. Companies are trying to understand how to leverage the mobile channel to provide increased revenues and extend content to their customers.

“This is the next growth area for online sales and we have put in place the systems to deliver high quality and competitively priced solutions.”

Long before comparison websites such as compare the market and money supermarket, Mr Hosmer launched easyquote.co.uk.

The website became one of Google’s first customers in Europe and has been one of the largest online catalysts for new residential mortgages – at its peak, it accounted for 2% of the UK mortgage market.

Previously he patented a method for gas separation and later saw his Nitrox gas generator displayed in the Millennium Dome as one of the 100 best British inventions of the 20th Century. Mr Hosmer said: “The days of the bedroom hacker and amateur websites have long gone as businesses realise the opportunities provided by a professional website.”

Ian Baggett has built Adderstone into a multi-million pound property operation from its Jesmond base, with a portfolio stretching across the region.

He said: “Although Adderstone’s main focus is property, I have been looking for the right partners to form an IT venture for a number of years now. “There are thousands of people out there trying to convert their ideas into successful IT ventures.

“Gary Hosmer is one of the few people I have come across in this sector who has a long-term track record of picking the right ideas and making them profitable.”

*This article originally appeared in The Journal on 12 Nov 2009