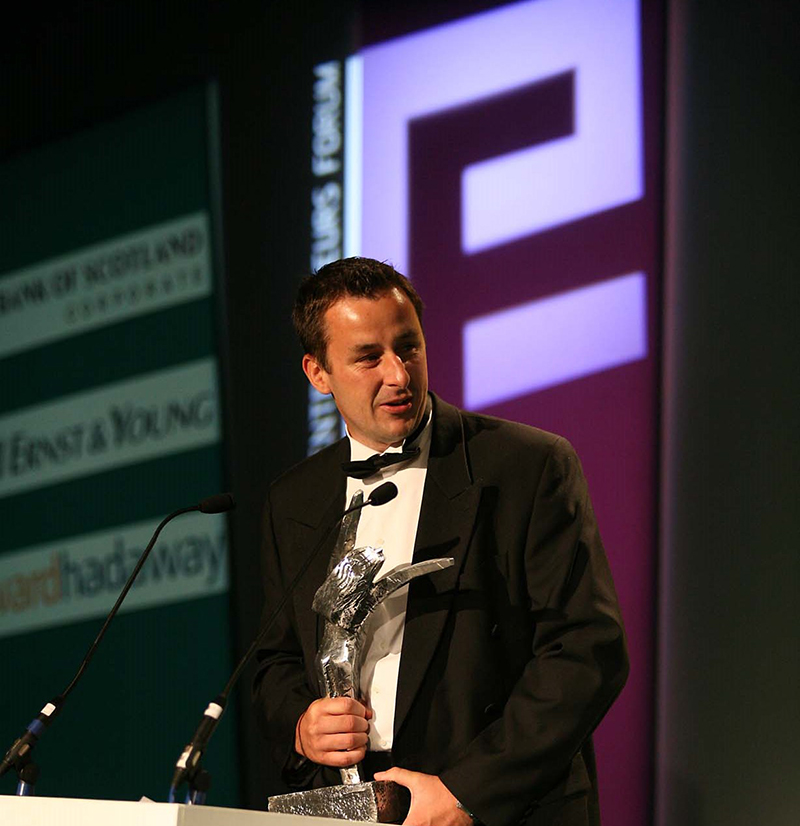 In 2007 Ian Baggett was voted  ‘Entrepreneur of the Year’ by his peers at The Entrepreneurs’ Forum.

This award was in recognition of Ian’s property development achievements with Adderstone Group and significant impact on creation of jobs and regeneration in the North East region. 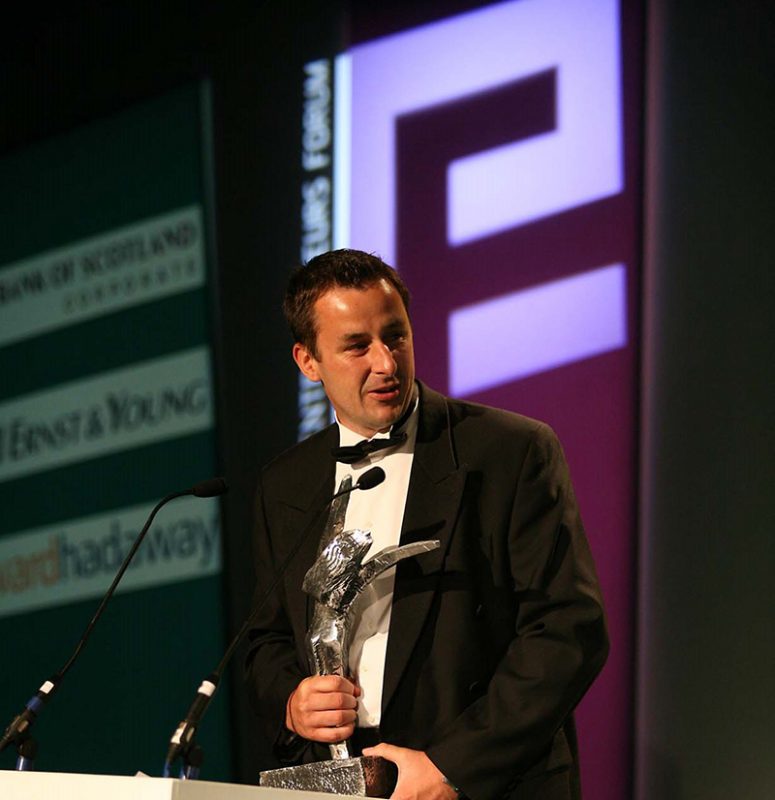 The Awards acknowledge the people who Forum members consider to have been the most inspirational and successful each year. At the time of the award, Adderstone Group was one of the fastest growing in the North East, recording 160% increase over the year.

Ian received his award from Mark Hatton of Ernst & Young who presented Ian with a commissioned sculpture by Durham artist, Brian Brown. Mark said: “Ian started the company with a small financial windfall and built it up into something much, much bigger. He has seemingly limitless levels of energy, determination and passion.”

Ian said: “This award has been earned by the people who work around me and is the first business award I’ve ever received from my peers.”

Carole Beverley, chief executive of The Entrepreneurs’ Forum said: “These awards are the only ones given by the Forum each year and are always cherished by the winners because they know they have been nominated by their fellow members.

“The recipients say that being recognised by your peers for your achievements is a very humbling experience and consequently the awards mean so much more.”