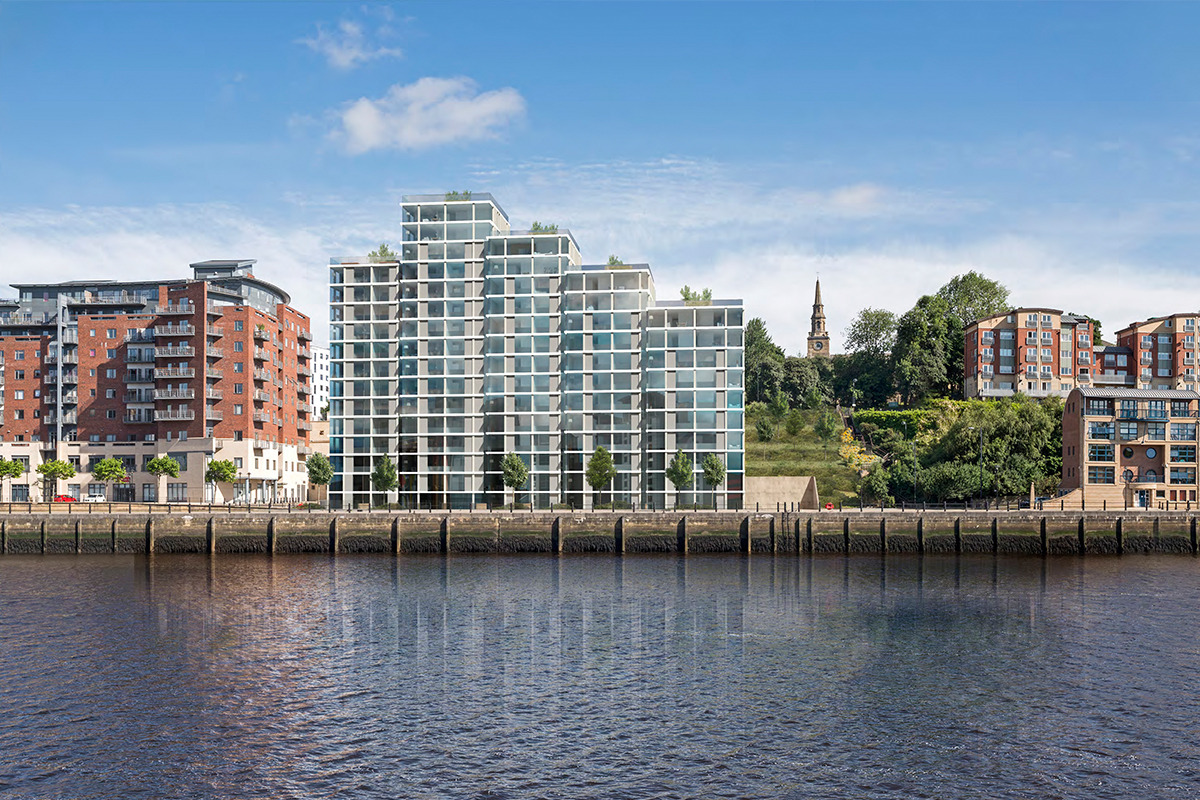 The three planning applications relate to residential schemes at the Quayside, Gosforth and Ouseburn in the city.

A planning application for a high quality housing scheme on a 4 acre brownfield site in the heart of Gosforth has been submitted.  The development, to be known as Christon Park, comprises 51 large four and five bed family homes on the site that is best known as the location of the original Greggs’ bakeries. 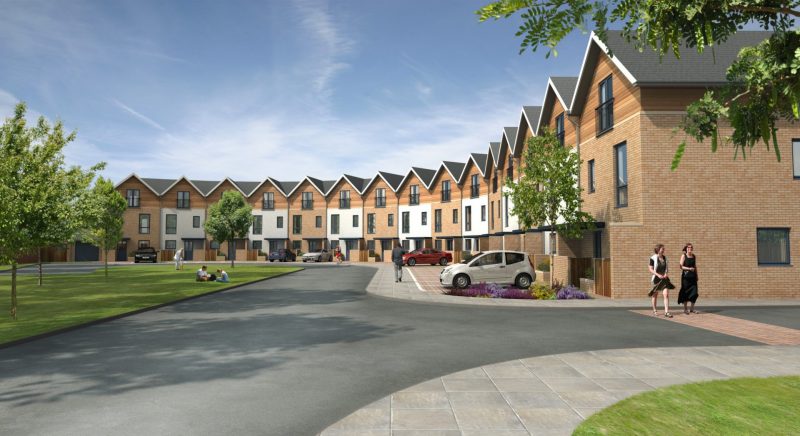 A CGI of the proposed Christon Park housing scheme in Gosforth, Newcastle.

Christon Park has been architecturally designed around a grand crescent and features wildlife corridors and communal “pocket parks”.  The semi-detached and terraced houses have large private gardens as well as generous parking and garages.

A public consultation for the proposals was carried out in 2015 at Gosforth Church Hall and scheme plans have been on display within Gosforth Library.  Feedback, mainly in relation to housing types, traffic management and access, has been factored into the latest proposals.

The second application is for a residential scheme on brownfield land on Newcastle’s famous Quayside.  Adderstone Group has proposed a 122 apartment scheme on the vacant site known as “Plot 12”. The 1.5 acre site, adjacent to St Anne’s Quay, is one of the last to be developed on the Quayside. 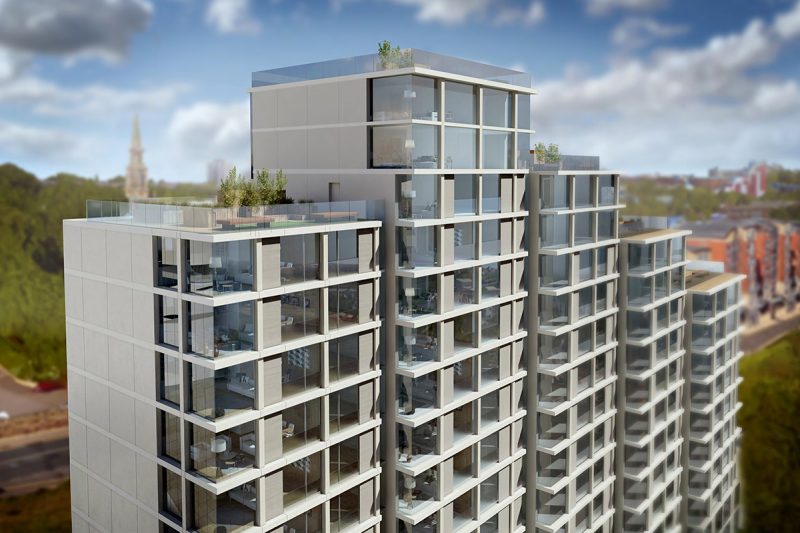 A CGI of the proposed Quayside development.

Working closely with the planners and Newcastle based Ryder Architecture, a stepped, landmark, envelope comprising five towers, varying between 10 and 16 floors, has been proposed as the optimum solution for this sensitive site.

The proposals include 122 glass fronted apartments of between one and three bedrooms, all with balconies and spectacular views up stream towards the historic bridges, BALTIC and The Sage.  The proposals will also see significant investment in the landscaping of the existing embankment as well as communal rooftop gardens for residents.

The third planning application is for an eight storey student residential scheme located on the junction of Stoddart Street and Union Street in upper Ouseburn. The proposals are for the site of the now derelict PTS plumbing building and include 331 beds split across 91 studios and 38 cluster flats.

Careful consideration has gone into this scheme to ensure that it has been designed with the potential to be converted from purpose built student accommodation (PBSA) to a conventional residential scheme at a later date.

“As the city’s population continues to grow and become ever more diverse, it is essential that we continue to develop a range of quality new housing stock.  It is great to see a local developer as a key player taking up that challenge.”

Ian Baggett, Adderstone Group Chairman, explained: “Our investment and development strategy is based on our conviction that Newcastle will become one of the lead cities in the Northern Powerhouse.  With further support from Newcastle City Council on the three current applications, taking existing planning consents into account also, we hope to be in a position to deliver a £150m development pipeline within Newcastle in the next two years.  The team have worked very hard on these projects and it makes us all very proud to be in a position to make a difference in our home city.”

Members of the public are invited to register their interest in these schemes by emailing office@adderstonegroup.com