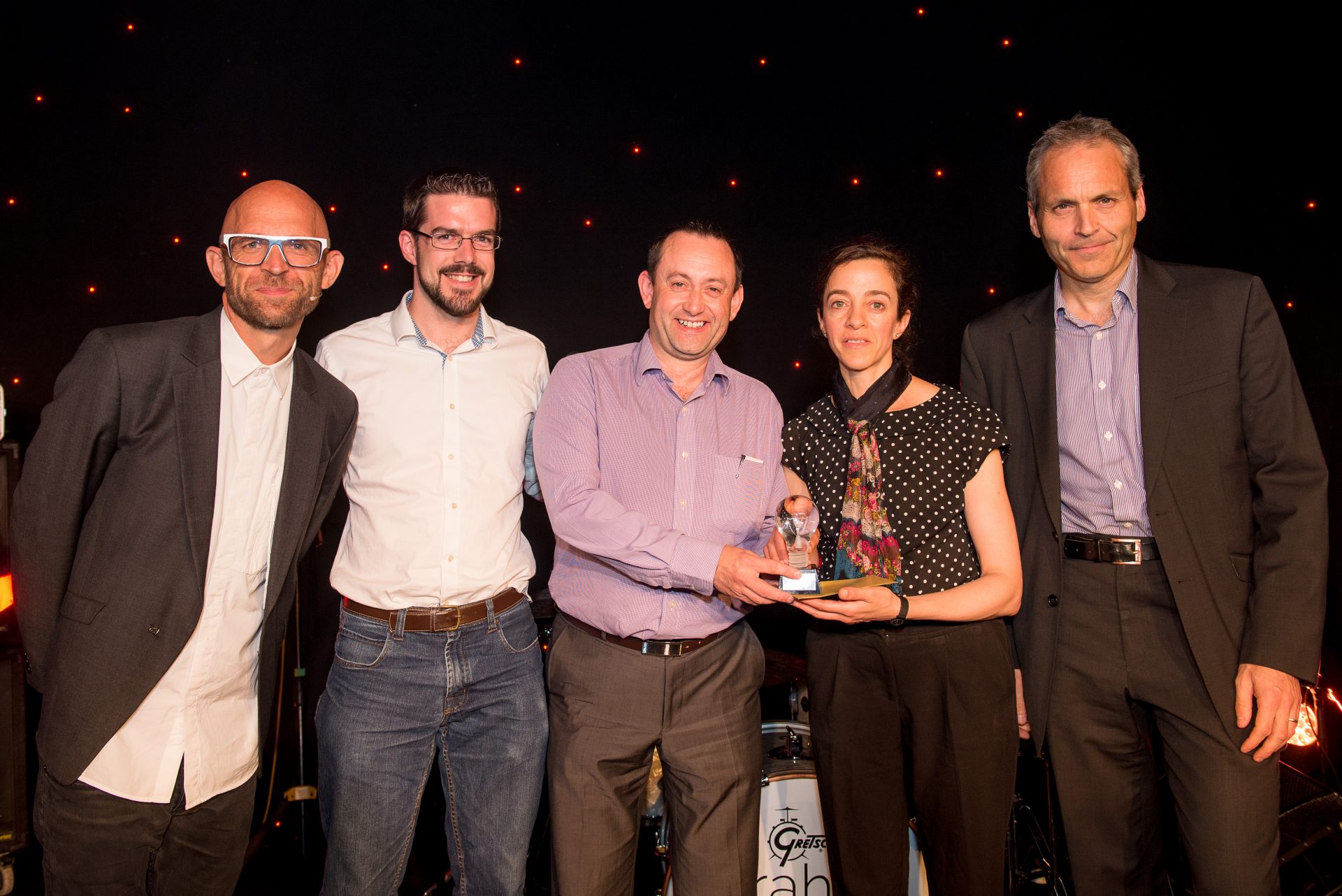 The ceremony was held at the Rum Warehouse, Titanic Hotel in Liverpool on 28th September 2017 and was hosted by Jason Bradbury, star of Channel 5’s Gadget Show. Throughout the event, eleven awards were handed out to different product and service providers to showcase the value they have added to the UK utilities sector through applied innovation and perseverance.

The unique SOP converters enhance the network when they are installed where the Normally Open Point usually exists on the distribution network. Installing a SOP converter in such a location provides means to share power between concurrent lines and phases. Transferring power from a heavily loaded line to a lightly loaded line reduces the total additive losses in the two lines. This, in turn, reduces stress on existing assets and releases capacity in the current infrastructure to support greater use of Distributed Generation and Low Carbon Technologies, such as Electric Vehicles.

Applying a converter at the Normally Open Point ensures that controlled power exchange between the two lines is achieved. In addition, the converter provides extra functionality which further contributes toward the reduction of losses on the lines and assets, including voltage regulation, harmonic reduction and power factor correction.

Dr Jakeman said “It’s a real honour for TPS to be awarded winner of the first ever Losses Award. EIC do a fantastic job supporting and recognising innovators in this sector, so to have them and the utility sector recognising the significance of our technology once again serves as real testament to the importance of these converters in the electricity distribution network of the future.”

TPS would like to thank UK Power Networks for their support in winning this prestigious award.